SecondCoach is a start-up company founded in 2015. One of the founding members is a young football coach, who got the idea for a mobile application that would enable, on one side, coaches to plan training activities and on the other side, kids’ parents to follow up on kids’ progress. 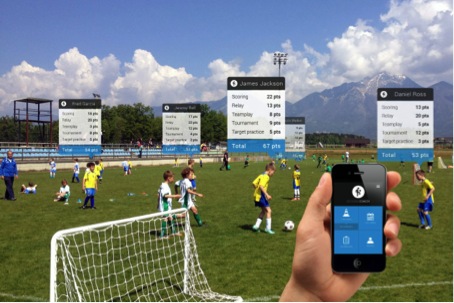 The idea has emerged as a student project in one of the courses at the University of Maribor, Slovenia. After initial presentation, student’s mentor encouraged him to further develop the idea, so he teamed up with two fellow students and together they developed a prototype solution. Soon afterwards they attended several start up competitions and received national start-up funds. They used those funds to develop iOS mobile application. In parallel they were attending several workshops, which aimed to support start-ups in business model development. They have used several business model innovation tools.
They are following their business model which they have developed a year and a half ago and are adjusting it to constantly changing situations. Beside the business model, which was developed using Business Model Canvas template, they also segmented their customers based on the Problem market map. Based on the identified problems they used Value Proposition Canvas model in order to identify key functionalities, which their application must have in order to satisfy needs of potential customers.
Currently SecondCoach is in the middle of beta testing of their application. The application is currently used at a regional level by some selected football clubs. With the help of football coaches and children’s parents they are testing and debugging the application. An important aim is to investigate the acceptance of application and user satisfaction. This will help them to identify if their customers (football coaches and parents) are willing to pay for the application’s use. The next step will be to develop appropriate pricing model. Further on they will have to introduce this application to the market and get first paying customers