Change is an inevitable and ubiquitous feature of the global marketplace. And for entrepreneurs, business-owners and their employees, change can bring about unexpected hardships.

This is a story about change. 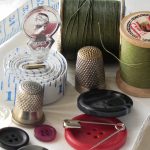 Lithuania, an Eastern European country, was considered to be a “cheap labor” country 15-20 years ago. At that time, many foreign companies established subsidiaries in Lithuania, benefiting from low salaries, low energy prices and cheap property. However, this situation was temporary – as markets became more open, neighboring countries such as Ukraine and Russia were offering even more favorable conditions. As a consequence, foreign companies moved their operations from Lithuania to the east.

This was the situation in which Swedish investor established a small company. The small factory acted as mass-producer, and all products were sold to the investor. After several successful and careless years, all of a sudden news reached employees that the factory was going to be closed, and operations would be moved to Ukraine.

Initially, this idea was shocking, and employees became angry. Despite the difficult situation, some of them decided to resist the change and continue activities on their own, establishing a new company and attracting highly qualified former employees. According to the CEO, “we are professional enough to offer the services by ourselves and run the company by ourselves”. The enthusiasm and dedication of the new management team encouraged other employees to continue their activities.

The new company was established in 2013. The competitive advantage of the company was exceptionally high competence and full-service offerings – from creating new creative and innovative designs and selecting material for the final production of the clothes. Moreover, the company also developed tailored sewing services of designing clothes customized to clients’ personal needs.

The first year was particularly difficult as the company was trying to enter the local and foreign markets. Being a small company they were not able to dedicate a lot of effort to marketing and mainly relied on personal contacts and trade shows. However, in the first year, the company managed to establish some serious partnership enabling them to move forward.

Currently, the company is still in its growth phase, serving clients in Russia, Sweden, Norway, Germany, Switzerland, and France. In comparison to closest competitors from Ukraine or China, the company is considered expensive as the cost of production is about 30 percent higher.

According to the CEO, “We were flexible enough to react to changing market, to build our business based on our competencies and capacities and offer high-quality services for clients. I believe being small and working as a team we can move forward and build a profitable company.”